PARTICIPATION at the NCVE 2022 in Gothenburg

Between 19th and 21th September, we participated in the fifth edition of the Nordic
Conference on Violent Extremism – NCVE22, hosted by the Segerstedt institute at the University of Gothenburg and the Swedish center for preventing violent extremism (CVE).
The aim for this edition was to present and discuss empirical and theoretical research on violent extremism
in predominantly Nordic countries, and research from other parts of the world that is relevant
for the context.

The papers presented at this edition of the conference specifically notes the importance of first line practitioners working to prevent, counter, and handle extremism.

In particular, we conducted a panel called “Youth and education: the PARTICIPATION project’s approach to analyse and prevent violent extremism” discussing some findings of our project. Here are the research presented.

The research shows in the paper involved an ambitious strategy of focus-group research undertaken simultaneously in high schools and universities in five countries, namely Belgium,
Greece, Italy, Romania, and the United Kingdom. Following a detailed planning process to ensure shared research questions and protocols, 13 focus groups were held, involving 117 participants, and generating a unique qualitative data set around the ways young people in Europe encounter extremism and polarisation, in relation to themes of gender. The encounters with extremism detailed by the young people highlight important aspects such as the increasing importance of ‘post-organisational’ expressions of extremism, the role of social media, as well as the ways certain racial and social divisions have become exacerbated in a
context of social and economic polarisation. At the same time, the encounters with extremism described by these young people point to important expressions of agency and response, that
together offer significant insight into pathways to resilience.

Kai Brand Jacobsen – The use of education and training in preventing violent extremism: lessons learned and experiences

The aim of the paper is to discuss lessons learned and experiences in the field of education and training in preventing violent extremism, through a comprehensive review approach. The comprehensive review was implemented through a combination of desk review and in-depth interviews. The Desk Review was conducted on 317 resources including both scientific and grey literature in English, French, Spanish, Italian, Norwegian, Swedish, Dutch, German, Romanian, Ukrainian, and Russian. In-depth Interviews were conducted with a total of 61 Interviewees (42 women, 19 men) from 27 countries, including trainers, educators and practitioners and
relevant experts and members of former EU supported projects to harvest their learnings and lessons identified. This included also interviews with youth experts and practitioners. The analysis have examined in depth following dimensions: approaches to education; safeguarding and preventing risks in PREP\PCVE education; gender, diversity and inclusion. The importance to involve via participatory approaches targets in education and training programme against radicalisation is one of the most important conclusion of the paper.

The aim of the paper is to discuss the social lab methodology, identifying the more effective guidelines to involve young people in the research process on preventing radicalisation. In developing such a methodological model for social labs, authors drew upon existing handbooks, reports and articles published in the last years. Specifically, they drew upon the RiConfigure and New HoRRIzon projects—both Horizon2020 projects—the outcomes of which have included a methodological handbook for social labs dedicated to Responsible Research
and Innovation (RRI) projects, as well as other detailed reports and journal articles dedicated to experiences with designing and running social labs. The social lab methodology presents in this paper not only builds upon the experiences of these prior projects but contributes to the discussion regarding the value of the social lab methodology by (1) designing an approach that is suited to the digital environment (2) extending the application of the approach to the field of radicalisation research.

The objective of the paper is to discuss the importance of interreligious dialogue in education and training programs aimed at preventing radicalization and violent extremism. The paper will present the results of fieldwork conducted in 3 countries – Italy, Belgium, and the Netherlands. The research was focused on: Narrative interviews with local religious leaders; Focus groups with religious communities’ representatives on the possible risk of polarization in the local context; Working groups with inter-religious dialogue networks, to elaborate a set of guidelines on how to prevent religious radicalisation and to promote inter-religious dialogue at the local level. Particular attention was devoted to the interconnection between societal and socioeconomic
factors and religious drivers of polarisation and extremism, but also to the role of the religious communities in building up the religious identity of the subject. 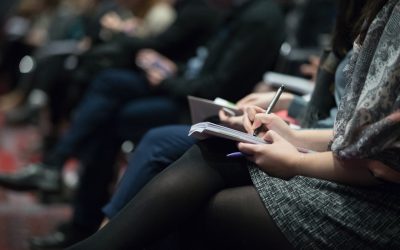 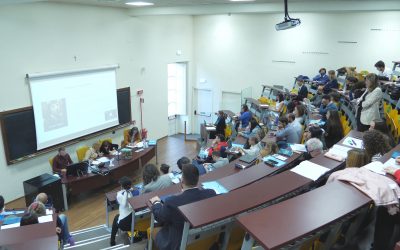 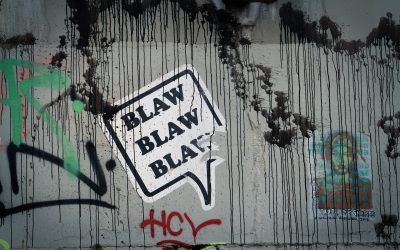